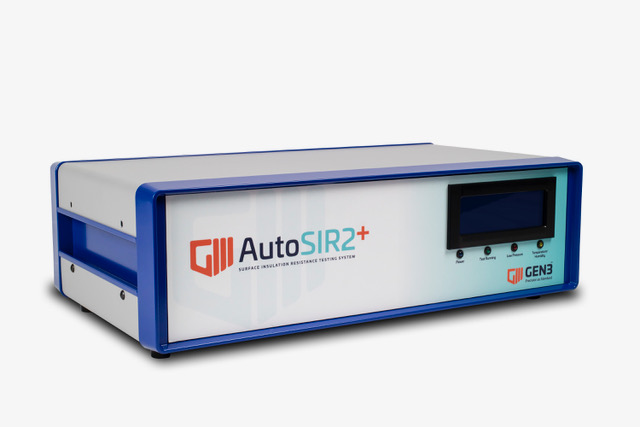 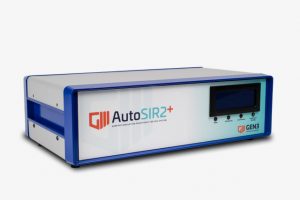 Small enough for a benchtop system and believed to be the world’s first combined Rose and Pict ionic contamination tester, the new and improved 6 Sigma verified CM+ series was displayed by Gen3 Systems.

The company showcased the CM11+ model, a benchtop system, claimed to be the world’s smallest and most convenient contamination tester.

Other highlights were the Gensonic, stencil cleaning system with a 24-inch stencil frame. The system uses a 40kHz on-contact ultrasonic transducer for high efficiency cleaning of stencil apertures. The system can be used either in conjunction with Gen3 stencil cleaning centres or is portable enough to be taken directly to the printer.

Also on display was the AutoSIR2+ surface insulation resistance testing system (pictured). This is a dramatic improvement over existing SIR test alternatives, says the company. It shielded precision electronics allows accuracy resistance measurements to be made up to 1014Ω.  One chassis can hold one to 16 measurement cards and can monitor up to 256 two-point test patterns, 78 five-point test patterns, or 32 nine-point test patterns at selectable intervals from minutes to days. Each channel is current limited (1.0MΩ), which encourages growth of dendrites for failure analysis.

There was also the MEK VeriSpector assembly station AOI for use on manual and semi-automated SMD and THT assembly stations.  Its short inspection times of less than five seconds allow manufacturers to perform real time assembly and placement inspection, carry out repairs on the fly and prevent defects before they move into the next process.