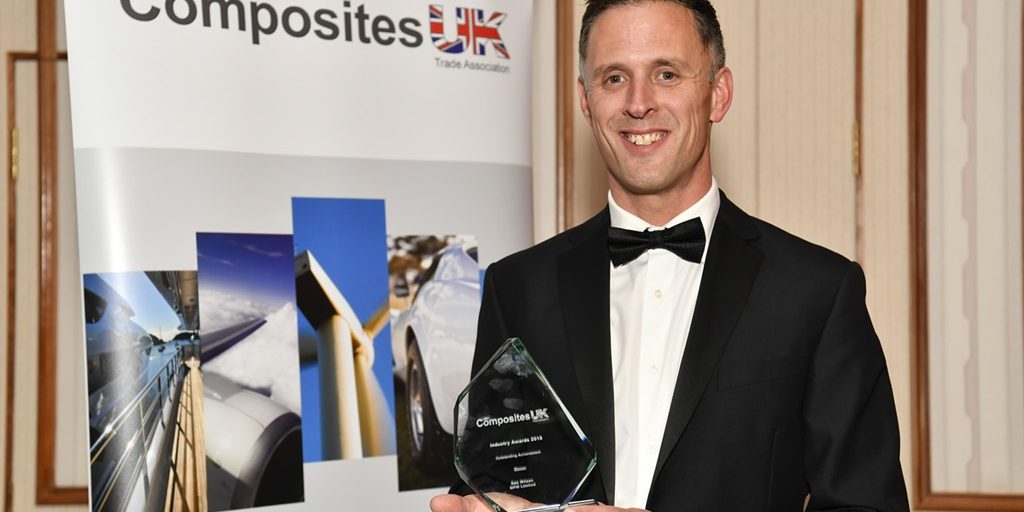 Composites UK has announced the appointment of Ben Wilson as chairman of the Association for 2019 – 2021.

Ben Wilson, business leader at MPM Ltd has grown up with composites, being part of a family business established by his father in 1978. Under his direction the business has more than trebled turnover since 2010 with 20% year on year growth. His collaborative leadership style and sheer determination, combined with his ability to create an award-winning culture in business are some of the reasons that Ben has been voted to lead the Association as it strives to achieve its goals.

Ben has been a member of the Composites UK Board since 2015. Commenting his appointment, Ben said; “I am delighted to have been voted in as chairman at Composites UK, they are a fantastic supporter of our industry. With my two years as chairman I am dedicated to ensuring members from across all sectors get value from their membership, whilst supporting growth in the UK composites market. I am particularly passionate about apprenticeships and will be looking to get a level 2 aligned with the level 3 that we already have in place.”

Dr. Faye Smith of Avalon Consultancy will continue the role of Vice Chair for the next year. Composites UK would like to thank Chris Taylor of Axon Automotive who steps down from his two-year role as chairman, and also resigning board director John Doyle of Millfield Composites Group for their valuable contributions in driving the Association forwards.

The announcement coincides with the launch of the 2019 nomination process for the four places on the board which are up for election. The board meets quarterly to discuss the direction of the Association with some directors choosing to take on extra responsibility for specific business areas such as communications, research, training etc., depending upon their area of expertise. The board is made up of 11 Directors who are members of Composites UK themselves, with fellow members voting for who they wish to represent them. Each board director is nominated for a term of two years. Voting will take place online prior to the Annual General Meeting being held at 3:30pm on 3rd June 2019, Brandon Hall, Coventry where the new Directors will be announced. In the event of a tie a further vote will be taken at the meeting. Representatives from Composites UK member companies can nominate themselves to sit on the board by downloading the relevant form and returning it by 13th May 2019.

This year, the AGM will coincide with a celebratory dinner to commemorate Composites UK’s 30th birthday. Registration for this is now open to both member and non-member companies – full information can be found here.  Further information on Composites UK can be found at www.compositesuk.co.uk